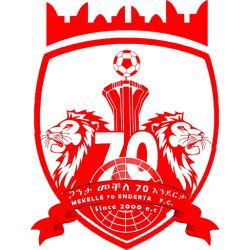 Currently the club is one of the leading teams in the 2019/2020 Ethiopian Premier League.

Tigray Stadium is a multiuse stadium in Mekelle, Ethiopia. The stadium has a capacity of over 60,000 people.

Tigray Stadium was opened to the public in 2017, before the completion of the final phase of construction. As a result, Football Matches & other public events have been held without adequate seating & roofing. The stadium is home to 5 football clubs based in the Tigray region including Mekelle 70 Enderta FC, Shire Endaselassie F.C., Welwalo Adigrat University F.C. and Dedebit FC. Notably, the overuse of the stadium's facilities has contributed to construction delays.