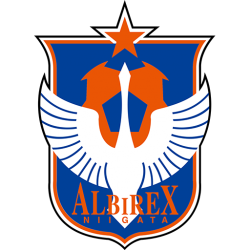 Albirex Niigata (アルビレックス新潟, Arubirekkusu Nīgata) is a professional football club based in Niigata, Japan. Formed in 1955 as Niigata Eleven SC, it was renamed Albireo Niigata FC in 1995, and Albirex Niigata in 1997. Since 2018, the first team have competed in the J2 League, the second tier of Japanese football.

The stadium's capacity is 42,300. The highest recorded attendance at the stadium was Albirex Niigata's home fixture against Omiya Ardija on 23 November 2003, the final day of the 2003 J. League Division 2, with 42,223 fans attending.