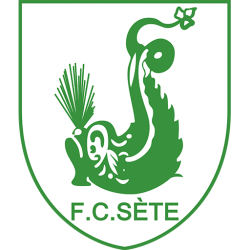 FC Sète 34 is the current name of a French football club based in Sète and founded in 1901 as Olympique de Cette. The club has won the French league title twice (in 1934 and 1939) and the French cup also twice (1930 and 1934). In 1934 they became the first club to win the French league and cup double. At the time, they were using the Georges-Bayrou Stadium. Until 1960, the club played a major role in the French football championship, but due to financial issues, it was forced to give up professional status. From the 1970s until 2005, the club played in secondary levels, before accessing Ligue 2 for one season after finishing at the 3rd rank of Championnat National.

The club currently plays in the Championnat National, the third tier of French football, and plays its games at Stade Louis Michel in the town.

Stade Louis Michel is a multi-use stadium in Sète, France. It is currently used mostly for football matches and is the home stadium of FC Sète. The stadium is able to hold 8,500 people.