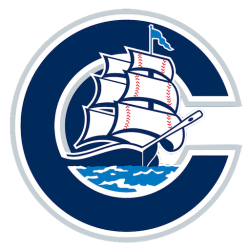 The Columbus Clippers are a Minor League Baseball team of the Triple-A East and the Triple-A affiliate of the Cleveland Indians. They are located in Columbus, Ohio, and are named for speedy merchant sailing vessels known as clippers. The team has played their home games at Huntington Park since 2009. They previously played at Cooper Stadium from 1977 to 2008.

The Clippers were established in 1977 as members of the Triple-A International League (IL). They won seven IL championships during a 28-year affiliation with the New York Yankees (1979–2006). Columbus won two more IL titles and two Triple-A championships after affiliating with the Cleveland Indians in 2009. In conjunction with Major League Baseball's reorganization of Minor League Baseball in 2021, the Clippers were shifted to the Triple-A East.

Huntington Park is a baseball stadium located in Columbus, Ohio, United States. It primarily serves as the home of the Columbus Clippers of the Triple-A East, the Triple-A minor league affiliate of the Cleveland Indians since 2009.

Groundbreaking for the ballpark took place on August 2, 2007, with construction being completed in April 2009. Designed by 360 Architecture and developed by Nationwide Realty Investors, the 10,100-seat stadium is part of a $70 million project. The stadium is at the corner of Neil Avenue and Nationwide Boulevard in the Arena District of Columbus and replaced the Clippers' former home, Cooper Stadium.

In February 2006, the naming rights for the park were purchased by Huntington Bancshares Inc. for $12 million over 23 years. On April 18, 2009, the park opened to the public, with the Columbus Clippers playing the Toledo Mud Hens in the stadium's first game.

On August 12, 2009, Huntington Park was named the Ballpark of the Year by Baseballparks.com, beating out all other new or significantly renovated baseball stadiums in the country, including such Major League parks as the new Yankee Stadium and Citi Field. The award is given to the new stadium with the "best combination of superior design, attractive site selection and fan amenities."

The coldest game played in the history of the stadium saw Clippers take on the Pawtucket Red Sox on April 16, 2018, amidst snow flurries and 35 degree weather.

The ballpark was built adjacent to the old Ohio Penitentiary site.