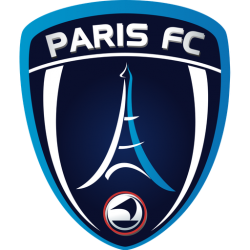 Paris FC was founded in 1971 as Étoile Sportive de Juvisy-sur-Orge, the women's football section of local club ES Juvisy, based in Juvisy-sur-Orge. After 14 years, the section split from the club, formed its own club under the name Football Club Féminin Juvisy Essonne and moved to the commune of Viry-Châtillon. Despite moving from Juvisy-sur-Orge, the women's club retained the name FCF Juvisy amid financial backing and support from the commune and the General Council of Essonne. In the 1991–92 season, Juvisy won its first ever Division 1 Féminine championship. Between the years 1994–2003, the club won four league titles and later won a Challenge de France title in 2005 making Juvisy one of the most successful clubs in women's French football. Juvisy was a regular participant in the UEFA Women's Cup and, in the 2010–11 season, made its first appearance in the re-branded UEFA Women's Champions League. On 6 July 2017, FCF Juvisy was sold to Paris FC as its female section and moved from an amateur structure to a full-time professional setup.

The club is managed by Emmanuel Beauchet and captained by French international Gaëtane Thiney. Retired footballer Sandrine Soubeyrand is the all-time leader in caps by a French international and has made more than 200 appearances for Juvisy. One of the club's other notable players include Marinette Pichon. Pichon is the women's national team all-time leading goalscorer.

The Stade Robert Bobin is a multi-purpose stadium in Bondoufle, France. It is used for football matches and is the home stadium of Paris FC (women). It hosted the 1996 French Athletics Championships. The stadium holds 18,850 spectators.