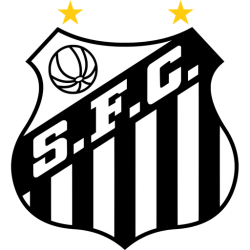 Santos Futebol Clube, commonly known as Santos or Sereias da Vila, is a Brazilian women's Association football club, based in the city of Santos, São Paulo state, Brazil. They won the Campeonato Brasileiro de Futebol Feminino once, the Copa do Brasil twice and the Copa Libertadores Femenina twice.

The stadium was inaugurated on 12 October 1916, when Santos beat Clube Atlético Ypiranga 2–1, with Adolfo Millon Jr. scoring the first goal of the stadium. It was named in honour of Urbano Caldeira, former player, manager and chairman of Santos, in 1933. The stadium, given the nickname Vila Belmiro due to its location within the Vila Belmiro neighborhood, has been Santos' permanent residence since 1916. However, the team sometimes uses the Pacaembu Stadium located in the city of São Paulo for important games due to the low capacity of Vila Belmiro.