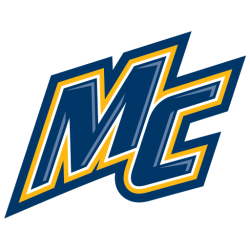 In their first year at the Division 1 level, the 2019–20 team went 14–4 in NEC play and won the regular season title, despite in the preseason being picked by the media to finish 11th out of 11 teams. Due to the NCAA's policy on reclassifying programs, the Warriors will not be eligible to compete in the NCAA tournament or the NIT until the 2023–24 season.

The athletic center is named for S. Peter Volpe, a member of the college's Board of Trustees and benefactor. His construction company was responsible for the building of the McQuaid Library on campus. His brother, John Volpe, was U.S. Secretary of Transportation under President Richard M. Nixon. The hockey arena is named for J. Thom Lawler, former coach of the men's hockey team who died in 1978 at age 44, just after leading the team to their first national title. The basketball and volleyball court is named after former men's basketball head coach Bert Hammel.

Over the summer and winter break of 2010, extensive renovation was done on the arena. The wooden bench seating was completely replaced with seatback chair seating and a student bleacher section was installed behind the visiting goalie's side. The "tin foil" insulation was removed from the roof as well. Seating capacity did decrease, however.