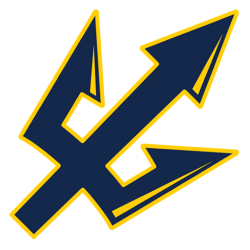 Triton basketball transitioned to NCAA Division I and the Big West Conference in 2020. They will not be eligible to participate in March Madness until the reclassification period ends in 2024.

The Recreation, Intramural, and Athletic Complex (RIMAC, /ˈriːmæk/ REE-mak) is a sports complex at the University of California San Diego comprising an arena, a weight room and various other event and athletic facilities. It is one of the largest college athletic facilities in the country. RIMAC Arena is the home arena of the UC San Diego Tritons men's and women's basketball and volleyball teams, and Triton Soccer Stadium on the adjacent RIMAC Field hosts Triton men's and women's soccer matches.