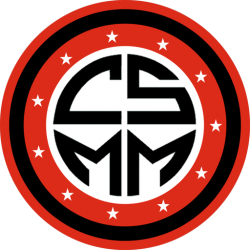 Club Sportivo Miramar Misiones, usually known simply as Miramar Misiones is a Uruguayan football club based in Montevideo. The club was formed from the merger of two clubs: Miramar (founded on October 17, 1915) and Misiones (founded on March 26, 1906), in June 1980. As part of the merger, the new strip for the new club was a mixture of those of the previous two clubs. The home strip (white and black) is the old Miramar strip, and the away strip was the one used by Misiones. What made this merger notable was that Miramar and Misiones were local derby rivals, having both originated in the same neighbourhood of Montevideo.

Previous to the creation of this club, Miramar also merged with legendary club Albion in 1976, forming 'Albion Miramar'. However, this entity lasted for only 2 seasons.

Parque Luis Méndez Piana is a multi-use stadium in Montevideo, Uruguay. It is currently used primarily for football matches and is the home stadium of Miramar Misiones. The stadium holds 4,000 people.

The stadium is the located in the Parque Batlle, between the Estadio Centenario and the Parque Palermo.