Kevin Maurice Garnett (born May 19, 1976) is an American former professional basketball player who played for 21 seasons in the National Basketball Association (NBA). Known for his intensity, defensive ability, and versatility, Garnett is considered one of the greatest power forwards of all time. He is one of four NBA players to win both the Most Valuable Player and the Defensive Player of the Year awards. In high school, Garnett was a 1995 McDonald's All-American at Farragut Career Academy and won a national player of the year award. He entered the 1995 NBA draft, where he was selected with the fifth overall pick by the Minnesota Timberwolves and became the first NBA player drafted directly out of high school in 20 years.

Garnett made an immediate impact with the Minnesota Timberwolves, leading them to eight consecutive playoff appearances. In 2004, he led the Timberwolves to the Western Conference Finals and won the NBA MVP Award. Garnett has been named to 15 All-Star Games, winning the All-Star MVP award in 2003, and is currently tied for fourth-most All-Star selections with 15. He was named the NBA Defensive Player of the Year in 2007–08, and has been selected nine times for All-NBA Teams and 12 times for All-Defensive Teams. Garnett also holds several Timberwolves franchise records. He is known as "the Big Ticket" for his emphatic dunking and athleticism.

In 2007, after 12 seasons with the Timberwolves, Garnett joined the Boston Celtics in a blockbuster trade. In his first year with the Celtics, he helped lead them to the NBA championship, while also finishing in third place for the MVP award. In 2013, Garnett was included in a second headline trade that sent him to the Brooklyn Nets with longtime Celtic Paul Pierce. In 2015, Garnett was traded back to Minnesota. He announced his retirement from professional basketball in September 2016. Garnett made his feature film debut, playing a fictionalized version of himself, in the 2019 film Uncut Gems. 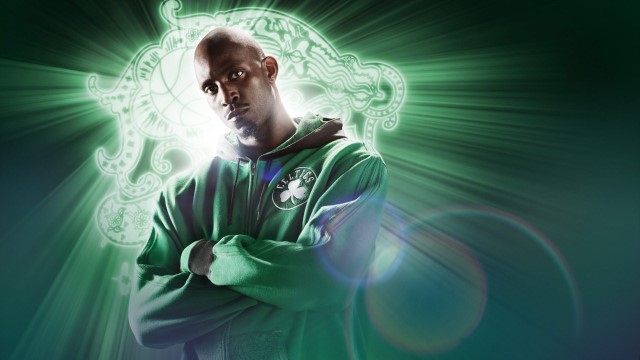