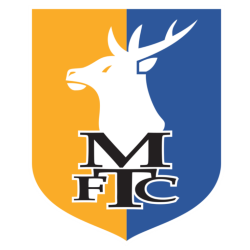 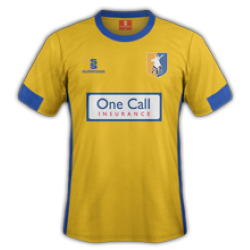 Mansfield Town Football Club is a professional football club based in the town of Mansfield, Nottinghamshire, England. The club was formed in 1897 as Mansfield Wesleyans, changing its name to Mansfield Wesley in 1906 before settling on Mansfield Town in 1910, and are nicknamed “The Stags”. They traditionally play in a royal blue and amber kit. The club currently competes in League Two, the fourth tier of English football. Mansfield have lifted four professional trophies, winning the Fourth Division title in 1974–75, the Third Division in 1976–77, the Football League Trophy in 1986–87 and the Football Conference title in 2012–13. The Stags also finished as runners-up in the 2010–11 FA Trophy.
Since 1919, Mansfield have played at Field Mill, which is now an all-seater stadium with a capacity of 9,186. Their main rivals are Chesterfield and Notts County. Field Mill, currently known as One Call Stadium for sponsorship reasons, is a football ground in Mansfield, Nottinghamshire, England, and the home of Mansfield Town Football Club.

It is the oldest ground in the Football League, hosting football since 1861, although some reports date it back as far as 1850. The stadium has a capacity of 10,000 when fully open, but due to safety restrictions, it currently holds 9,186 The stadium once hosted a pop concert under the previous owner, Keith Haslam, but the sale included a clause preventing use for non-sports events until 2032.