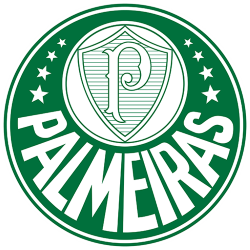 Palmeiras vs Deportivo Táchira F.C. (25 May) 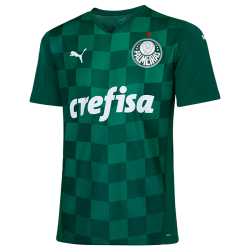 Sociedade Esportiva Palmeiras (Portuguese pronunciation: ) is a Brazilian football club from São Paulo. The club was founded on August 26, 1914, as Palestra Italia (pronounced: ), but changed to the current name on September 14, 1942. It is one of the most popular and successful Brazilian clubs, with almost 17 million supporters, including a large number of Brazilians of Italian ancestry. Despite being primarily an association football team, Palmeiras competes in a number of different sports, most notably basketball. The football team plays in the Campeonato Paulista, the state of São Paulo's premier state league, as well as in the Campeonato Brasileiro Série A, the top tier of the Brazilian football league system.

Palmeiras is one of the most successful clubs in Brazilian football. The team has won 11 national competitions, a record in the country. The club's most important titles have been the 8 national league titles (4 Campeonato Brasileiro Série A, 2 Torneio Roberto Gomes Pedrosa and 2 Taça Brasil) and 3 national cups (2 Copa do Brasil and 1 Copa dos Campeões).

Their international titles include one Copa Libertadores. The team won the competition in 1999, after beating Deportivo Cali of Colombia. In 1951, Palmeiras won the international Copa Rio, known as the first Champion world club association football tournament, after beating Juventus of Italy. In 1999, the team was declared the Champion of the Century in Brazilian football.

The stadium has one of the most modern multipurpose spaces in the country, and its stadium meets all of FIFA's standards, accrediting it to receive the most relevant sports tournaments. With construction starting in 2010, was completed in November 2014.

The new stadium was built by the company WTorre Properties/Arenas, belonging to WTorre Group, located on the same place of the old Palestra Italia Stadium, also popularly known as Parque Antarctica.