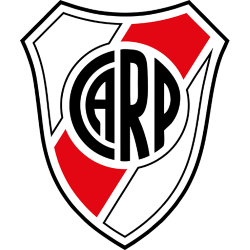 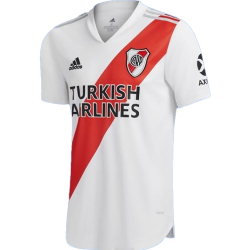 Club Atlético River Plate is an Argentine professional sports club based in the Belgrano neighborhood of Buenos Aires, and named after the British English rendering of the city's estuary, Río de la Plata. Although many sports are practiced at the club, River is best known for its professional football team, which has won Argentina's Primera División championship a record of 36 times, including its latest title, 2014 Final. Domestic achievements also include 11 National cups, with the 2017 Supercopa Argentina as the most recent. which places River Plate as the most winning team of domestic competitions with 47 titles won in the top division.

In a survey published by the Argentine Football Association in 2016, 6 out of 11 players of the all-time Argentine national team had played for River Plate. Previously, in 2000, River Plate had been honored by FIFA as the 9th best club of the century in the world and the best Argentine football club in that ranking.

Among other achievements, River Plate is at the top of the list in the All-time Argentine Primera División table, being the Argentine team with most won games, least defeated games, most points accumulated, most goals scored, least goals against and best goal difference since the first championship held in 1891 and is third in the Historical table of the Copa Libertadores being the South American team with most won games.

River Plate is the first and only team to simultaneously hold CONMEBOL's four current major international competitions, after winning the 2014 Copa Sudamericana, 2015 Recopa Sudamericana, the 2015 Copa Libertadores, and the 2015 Suruga Bank Championship.

In 2000, River Plate was named by FIFA as the 9th club of the century and it was the best Argentine football club in that ranking. In 2010, the International Federation of Football History and Statistics placed River Plate in the 9th place in a ranking that included the best teams of the world during the 1990 and 2000 decades. River was the South American club with the best position in the table.

The club was officially founded in 1901 and took its name from the common English name for the Río de la Plata. River has a fierce rivalry with Boca Juniors. Matches between them are known as Superclásico, and the two teams' rivalry is amongst the most heated in the sport, due to their local and global popularity. River's home stadium is Estadio Monumental Antonio Vespucio Liberti, known simply as El Monumental, which is the largest stadium in the country. Estadio Antonio Vespucio Liberti (Spanish pronunciation: ), also referred to as River Plate Stadium, Monumental de Núñez or simply El Monumental, is a stadium in the Belgrano district of Buenos Aires, Argentina (although popular belief wrongly states that the stadium is in the Núñez district), home of the football club River Plate. It was opened on 25 May 1938 and named after former club president Antonio Vespucio Liberti. It is the largest stadium in Argentina with a capacity of 62,000 and is also home of the Argentina national football team. It was the main venue in the 1951 Pan American Games. It hosted the 1978 FIFA World Cup Final between Argentina and the Netherlands. Additionally, it hosted four finals of the Copa América, most recently in 2011.

In 2018, the stadium will host the opening ceremony of the 2018 Summer Youth Olympics, which will be held in Buenos Aires.