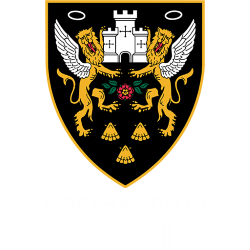 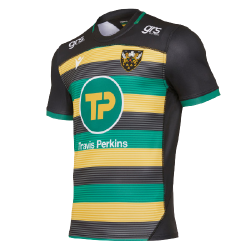 Northampton Saints are a professional rugby union club from Northampton, England. They were formed in 1880, and play in black, green, and gold colours. The team play their home games at Franklin's Gardens, which has a capacity of 15,250. Their biggest rivals are Leicester Tigers. "The East Midlands Derby" is one of the fiercest rivalries in English Rugby Union. Franklin's Gardens is a purpose-built rugby stadium in Northampton, England. It is the home stadium of Northampton Saints. The stadium holds 15,249 people. The four stands are: Carlsberg Stand; Elite Insurance Stand; Church's Stand; and Barwell Stand. It is also the Northampton conference centre as well as the only UK Aviva Premiership Rugby ground with its own cenotaph, the setting for a moving ceremony every Remembrance Weekend. 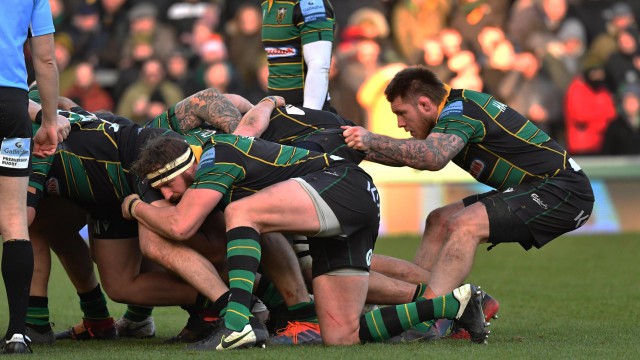