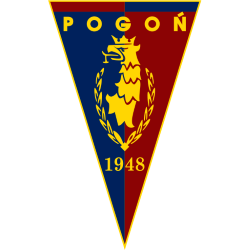 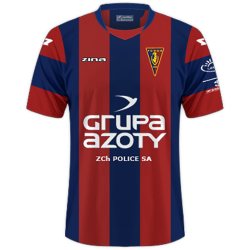 The club was founded by Poles from Lwów (now Lviv, Ukraine), who had been transferred west after the Soviet annexation of Poland's eastern territories in 1945. The founders of Pogoń Szczecin had previously been supporters of Pogoń Lwów and the colors of their new club reflect their old club. Polonia Bytom and Odra Opole were likewise founded or revived by the former inhabitants of Lwów.

Pogoń in 2002 was on the brink of bankruptcy. As a result fans created a new team on the basis of the reserves in the fourth division. However owner of Piotrcovia Piotrków Trybunalski Antoni Ptak decided to move the team and renamed the club MKS Pogoń Szczecin. The initial distrust was lost when the team performed well and used local players, however halfway through the 2005–06 season the team started underperforming and Ptak decided to replace almost the entire squad with only Brazilian nationals, making it the "most Brazilian team outside Brazil". Antoni Ptak also built a small training facility in Gutów Mały, meaning the home games were played almost 500km away from Szczecin. The experiment failed and in 2007 Antoni Ptak moved away from football, leaving the club to be rebuilt on the basis of the 4th division counterpart set up originally by the fans, which acted as the reserve team in the meantime.

The club was promoted to the Zachodnia (Western) group of the new II Liga (formerly the Third League) for the 2007–08 season. The club earned promotion to the Polish First League after finishing 2nd in Western Group of Polish Second League in 2008–09 season. Finally Pogoń returned to top division after finishing First League as runner-up in 2011–12 season.

Stadion Florian Krygier (Polish: Stadion Miejski imienia Floriana Krygiera ) is a multi-use stadium in Szczecin, Poland. It is currently used mostly for football matches and is the home ground of Pogoń Szczecin. The stadium holds 17,783 people and was built in 1925.

It is named in honour of Florian Krygier, Polish football coach and an instrumental figure in the history of Pogoń Szczecin.