Luís Miguel Afonso Fernandes (born 6 October 1989), known as Pizzi, is a Portuguese professional footballer who plays as a forward for Benfica.

Loaned by Braga, Pizzi made his senior debuts also in the third level, with G.D. Ribeirão. For the 2009–10 season, in the same predicament, he joined S.C. Covilhã, but left in the following transfer window to F.C. Paços de Ferreira, still owned by Braga. He made his top division debut on 16 January 2010, playing 25 minutes in a 1–1 away draw against F.C. Porto.

In 2010–11, Pizzi scored seven league goals for Paços, only missing three league matches. On 8 May 2011 he netted a hat-trick in a 3–3 draw at Porto, which turned out to be the only home league game that the eventual champions failed to win during the season.

Spain
On 30 August 2011 Pizzi moved to Spanish team Atlético Madrid, on loan until the end of the year, after which the Colchoneros had an option to buy the player permanently for €13.5 million, which they did in October of the following year. He made his La Liga debut on 18 September 2011, replacing also newly signed Radamel Falcao midway through the second half of a 4–0 home win against Racing de Santander.

Along with several compatriots, initially still under contract with Braga, Pizzi moved to Deportivo de La Coruña for the 2012–13 campaign. In only his second appearance, through a penalty kick, he helped the Galicians come back from 1–3 at Valencia CF for a final 3–3 draw, scoring his team's last goal; he added a brace against FC Barcelona on 20 October 2012 – one of the goals coming through a superbly-taken free kick – but his team lost 4–5 at the Riazor Stadium.

On 26 July 2013 Pizzi signed a six-year contract with S.L. Benfica, for a fee of €6 million for half of his economic rights, being immediately loaned to RCD Espanyol also in Spain's top flight. 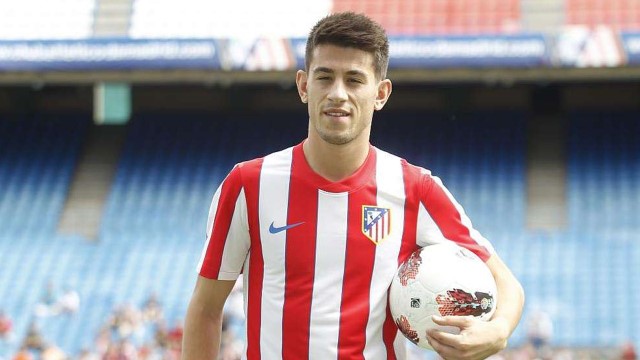