Zlatan Ibrahimović (born 3 October 1981) is a Swedish professional footballer who plays as a striker for Serie A club Milan. Ibrahimović is widely regarded as one of the best strikers of his generation. He is currently the third-most decorated active footballer in the world, having won 31 trophies in his career. He has scored over 540 career goals.

Ibrahimović began his career at Malmö FF in 1999, and signed for Ajax two years later. At Ajax, Ibrahimović gained a reputation as one of the most promising forwards in Europe, and departed two years later to sign for Juventus. He excelled in Serie A in a strike partnership with David Trezeguet, before joining domestic rivals Inter Milan in 2006, where he won the Capocannoniere (Serie A Top Scorer) in 2008–09 and won three consecutive Serie A titles. In the summer of 2009, he moved to Barcelona in one of the world's most expensive transfers, before returning to Italy the following season, joining Milan. With them, he won another Serie A title in the 2010–11 season, before joining Paris Saint-Germain in July 2012. During his four-season stay in with them, Ibrahimović won a number of trophies including four consecutive Ligue 1 titles, and was the top scorer in Ligue 1 for three seasons. In October 2015, he became PSG's all time leading goalscorer at the time. In 2016, he joined Manchester United on a free transfer and won the FA Community Shield, Football League Cup and UEFA Europa League in his first season. Ibrahimović joined American club LA Galaxy in 2018. Two years later, he rejoined Italian club Milan.

Ibrahimović is one of ten players to have made 100 or more appearances for the Swedish national team, over a 15-year international career. He is the country's all-time leading goalscorer with 62 goals. He represented Sweden at the 2002 and 2006 FIFA World Cups, as well as the 2004, 2008, 2012, and 2016 UEFA European Championships. He has been awarded Guldbollen (the Golden Ball), given to the Swedish player of the year, a record 11 times, including 10 consecutive times from 2007 to 2016. Ibrahimović's bicycle kick goal for Sweden against England won the 2013 FIFA Puskás Award.

Ibrahimović was named in the FIFA FIFPro World XI in 2013 and the UEFA Team of the Year in 2007, 2009, 2013 and 2014. He finished at a peak of fourth for the FIFA Ballon d'Or in 2013. In December 2014, Swedish newspaper Dagens Nyheter named him the second-greatest Swedish sportsperson ever, after tennis player Björn Borg. Off the field, Ibrahimović is known for his brash persona and outspoken comments, in addition to referring to himself in the third person. 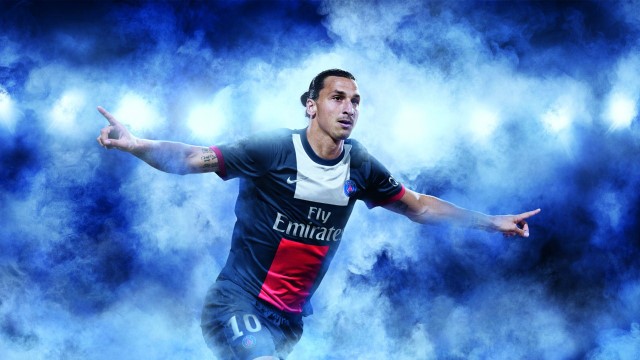 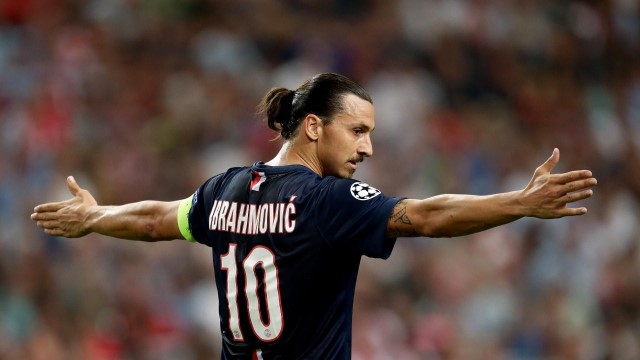