Ciro Immobile (Italian pronunciation: ; born 20 February 1990) is an Italian professional footballer who plays as a striker for Serie A club Lazio and the Italy national team.

Immobile began his career at Sorrento. In 2009, he was purchased by Juventus, and was later loaned out to three Serie B clubs, including Pescara, with whom he won the league title as the top-scorer, before moving to Genoa in 2012. After a season with the club, he moved to Juventus' rivals Torino. At Torino, he won the Capocannoniere award for the top scorer in Serie A. After his breakout season at Torino, he was sold to German club Borussia Dortmund for around €18 million in 2014, where he won the DFL-Supercup, before moving to Spanish club Sevilla in 2015. In 2016, he returned to Torino on loan, and was later sold to Lazio in July of that year. In his second season at Lazio, he won the Capocannoniere for a second time, with 29 goals in 33 games. The 2019–20 season was the most prolific of Immobile's career; he equalled the record for most Serie A goals in a season with 36, and won a third Capocannoniere title and first European Golden Shoe, given to the top scorer in Europe. Immobile has also won a Coppa Italia and two Supercoppa Italiana titles with Lazio.

Immobile made his debut for the Italian national team in 2014, and was included in the squad for 2014 FIFA World Cup and UEFA Euro 2016. 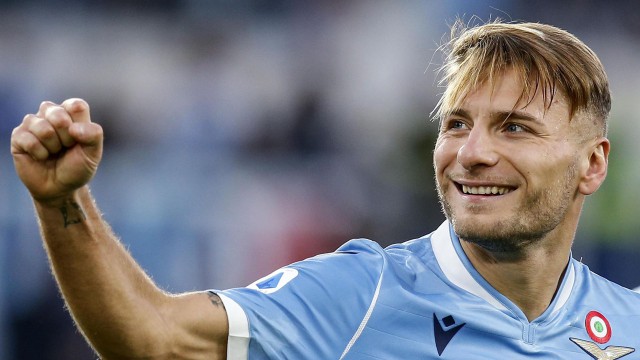