The lengthy and agile Batum is regarded as a highly skilled defensive player and one of the NBA's best executors of the chase-down block. Growing up in Pont-l'Évêque, Normandy, the lanky Batum had been among the tallest boys of his age group and had begun his basketball career as a center. Inspiration had been drawn from NBA shot-blocking specialist Dikembe Mutombo, known for theatrically wagging his finger after rejections — an affectation which Batum had emulated.

Batum noted in a 2013 interview with the Portland Oregonian that as he got older, he was moved from the low post to the wing, where he was no longer able to make the face-up block a signature component of his game. "I couldn't block it like I used to when I played inside, so when I would see a guy going down the court on a fast break, I used to run behind him and get the block".

The chase-down block thus became a fundamental part of Batum's game and was a superior skill brought with him to the NBA. Through March 2013, only two players in the 2012–13 season who did not play center or power forward had more blocks than Batum — Josh Smith and Kevin Durant. 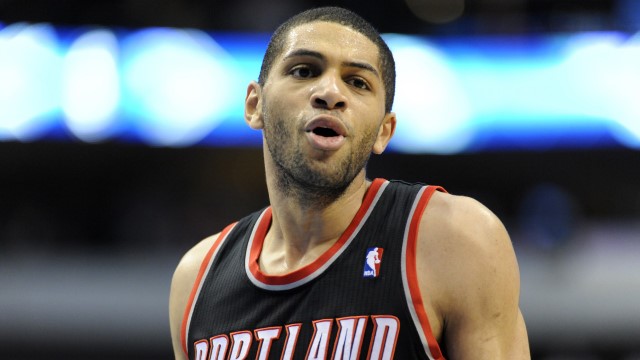