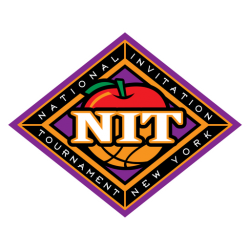 The National Invitational Tournament (NIT) is a men's college basketball tournament operated by the National Collegiate Athletic Association (NCAA). Played at regional sites and at Madison Square Garden (Final Four) in New York City each March and April, it was founded in 1938 and was originally the most prestigious post-season showcase for college basketball. The 2021 tournament, in which all games were played in Denton and Frisco, Texas, marked the first time that the NIT's semifinals and championship games were not hosted at Madison Square Garden; MSG won't play host to the games entirely starting in 2023.

Over time, it became eclipsed by the NCAA Division I Men's Basketball Tournament, which is now known informally as "March Madness." The NIT is now a tournament for teams that do not receive a berth in the NCAA tournament.

A second, much more recent "NIT" tournament is played in November and known as the NIT Season Tip-Off. Formerly the "Preseason NIT", it was founded in 1985. Like the postseason NIT, its final rounds are played at Madison Square Garden. Both tournaments were operated by the Metropolitan Intercollegiate Basketball Association (MIBA) until 2005, when they were purchased by the NCAA, and the MIBA disbanded.

Unless otherwise qualified, the terms "NIT" or "National Invitation Tournament" refer to the post-season tournament in both common and official use.